I hate waste in general. But as an avid home cook, I hate food and kitchen waste with a particular vengeance. Partly because it means throwing money down the drain (or – more accurately — in the green bin) and partly because it’s so bad for the heath of the planet.

Kliin towels are great for drying veg and wiping up spills. I also line my lettuce holder with one: it absorbs moisture so greens stay fresher longer.

The Second Harvest study, which measures waste by volume rather than value, determined that contrary to popular thought consumers waste less than other parts of the system. (The value of food wasted by consumers will always be higher because they pay the highest price in the chain.) Some 4.82 million tonnes are lost, for example, in processing and manufacturing; consumers binned 2.38 million tonnes.

So while individuals can do their bit, they can also demand more from corporations. Some are stepping up: Walmart, for example, is working toward zero food waste in its Canadian operations by 2025.

That doesn’t mean we home cooks are off the hook, folks. I’m getting better, having mastered the art of the leftover and worked on at meal planning over the years. But I know I could do more, which is why I am always interested in programs like Love Food Hate Waste , which is modeled after a campaign that began in the United Kingdom.  In its first five years, it helped cut avoidable  food waste by 21 per cent. The program is now rolling out across Canada, and you’ll find lots of tips and tricks on their website.

One way to reduce waste in the home is to invest in usable storage containers. Etee makes reusable sheets and bags out of organic cotton muslin and non-toxic dyes, coated in organic beeswax, tree resin, non-GMO soy wax, organic jojoba, and essential oils.

Etee wraps are good for cheese and cooked meats, but I like the bags for transporting lunches or keeping herbs fresh.

I tested bags with cheese, snacks, and nuts, but they can also be used for cooked (not raw) or smoked meats. They kept bagels fresh for several days, and were terrific for sandwiches and fruit for work lunches. They are especially effective with fresh herbs: dill, parsley, and coriander all stayed very green and fragrant for close to a week.

Their tackiness is activated by being rolled into a ball and kneaded for a minute. That’s what allows the sheets to form a seal. Just keep in mind that the wrap sticks to itself rather than to the bowl containing the food. They can be frozen for 30 days or less.

After use, they should be rinsed in cool water and, if necessary, gently washed with soap that doesn’t contain alcohol — which can degrade the finish — in lukewarm (not hot) water.

Paper towels can be wasteful, so I was eager to try samples from another Canadian company, KLIIN, which makes cloths (from $5) that are a cross between conventional paper towels and wash cloths.  Useful for chores like wiping surfaces, doing dishes, or washing outdoor furniture, the makers say one KLIIN cloth replaces 17 rolls of paper towels. A $15 roll of thinner towels has five nine- by nine and a half- inch sheets, and is available online at  or at select retailers.

Featured photo credit: Kliin. Note to readers: both Kliin and Etee provided me with samples for this piece, but neither reviewed it prior to publication. 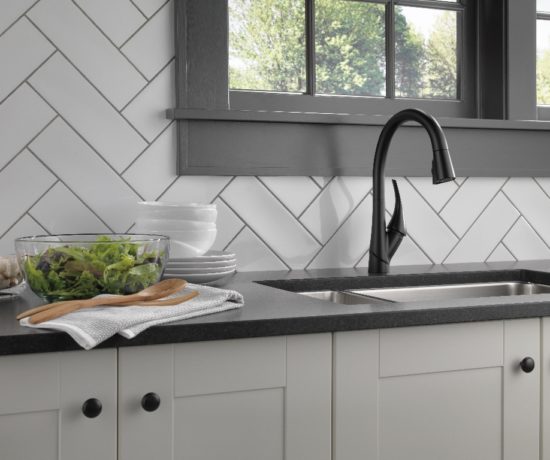 How clean is COVID clean?