A new way to frame art: hanging it on the body, rather than a wall 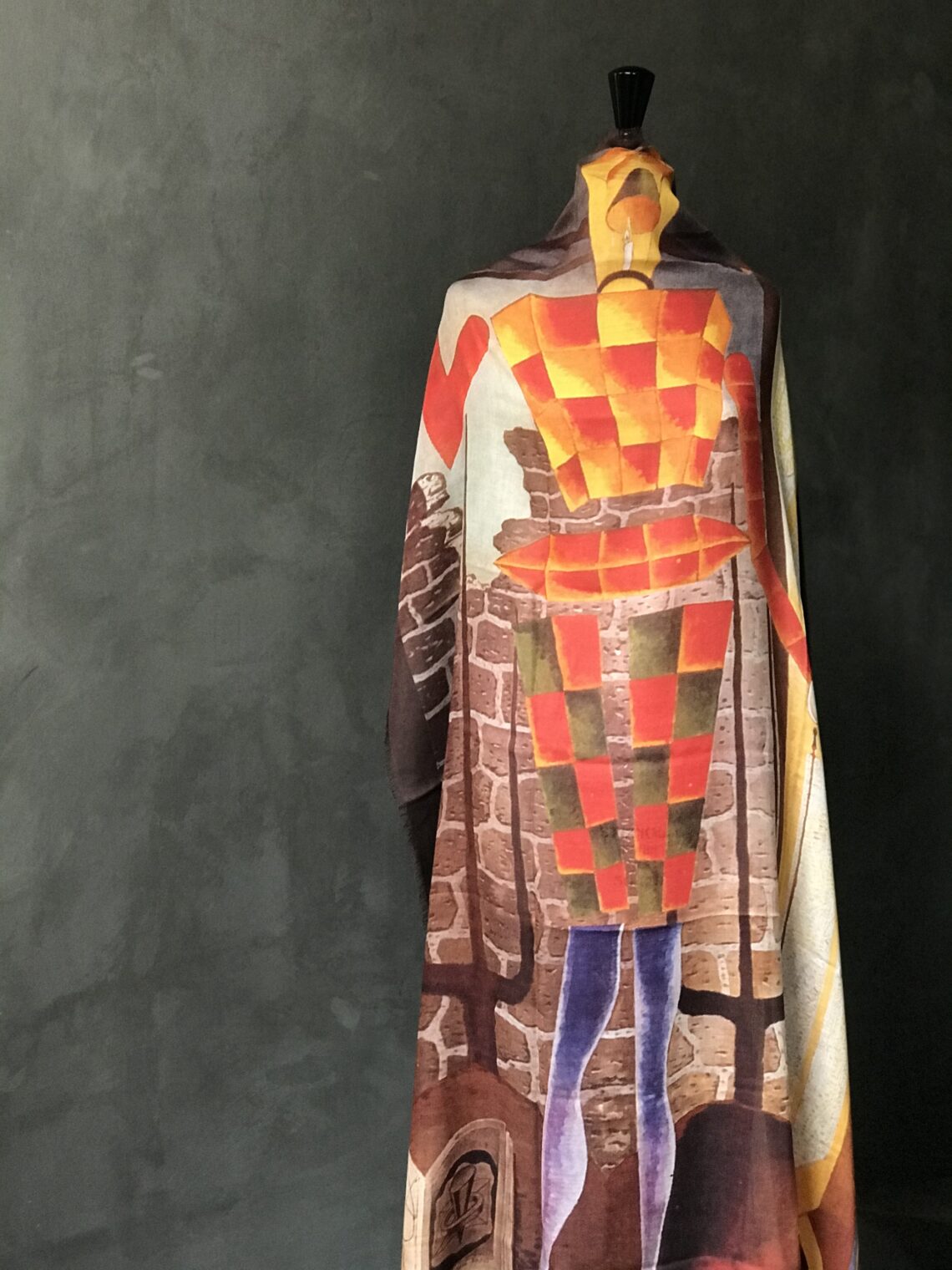 Sometimes I come across work that doesn’t quite fit into an Around the House category, but that’s too beautiful not to share. Allow me, then, to introduce you to Atelier Alba Amicorum, a wearable-art studio shop that artist Darshana Shilpi Rouget opened in London in 2020.  The name references Renaissance friendship books (“alba amicorum” in Latin), which travelling scholars would fill with musings and contributions from fellow knowledge seekers. They’ve been described as the social media of their time.

It’s both brand and muse to Shilpi Rouget, who was born in Bombay into a family of artists. Her father Babuji Shilpi  was an interdisciplinary artist and designer who as a  young man took part in Mahatma Gandhi’s freedom movement, which he documented in paintings.  One now hangs in Mani Bhavan—Mahatma Gandhi’s former Bombay residence and now a museum.

Shilpi Rouget has lived and worked in New York, Brussels, and London as a creative director and graphic designer for prestigious luxury brands such as Tiffany’s and Cartier, and she continues to design, draw, paint, and photograph.

Her most recent collaboration was with the Man Ray Trust on a limited-edition collection of scarves based on the iconoclastic artist’s original paintings and photographic works, distinctive for their experimentation with, and manipulation of, the photographic medium.

Each original scarf is meticulously printed on fine silk, cashmere, and other natural fabrics by a family of artisans in Como who has  worked with the world’s most prestigious fashion houses.

Scarves are packaged in a handsome box made from wheat straw paper, and come with a reusable muslin pouch impregnated with wildflower seeds, and suitable for planting. Gift boxes, handmade in Japan from Paulownia wood, are also available.

Darshana says she employs the scarf as a canvas on which thoughts and ideas are expressed. “It’s a simple square – allowing creativity by the user…how it folds, how it drapes,” she says. It’s about exploring art in a different way.”

The top feature image shows a scarf printed with details from Ray’s 1939 “Fair Weather”, which according to notes from the Philadelphia Museum of Art—where the piece hangs— is derived from the artist’s nightmarish visions of mythical beasts. If you’re interested in seeing more of Ray’s work, the Museum of Modern Art (MOMA) has close to two hundred pieces online.

Decorating after a fire: disaster design has perks

Cottage casual — with just a touch of tech