When the basement becomes a gigantic storage bin, it’s time for a redesign

Given that our youngest child turned 21 last July, and that the Man of the House (MOTH) and I anticipate downsizing in a few years, it became clear to us that there was no more time to dither if we were going to transform the junk-strewn space into cozy, flexible family room. (Don’t let it get around, but we had not actually used the basement for years, making it a colossal waste of space.)

The junk-strewn basement was a colossal waste of space.

Budget mattered, so advice I got from Glen Peloso and his design partner Jamie Alexander (Peloso Alexander) was invaluable in determining where to focus funds and energy.

The walls — covered in ’60s era wood panelling — were given an easy, affordable fix. MOTH filled holes, secured loose panels and did a little caulking before they, along with an aging, non-functioning red brick fireplace, got coated in Dulux’s Fine Silver, a lovely grey that’s bright but not too cold.

One exterior wall, home to an ugly but serviceable window, is fully covered in draperies in blue linen blend from JF Fabrics. Silvery grey curtains (also JF Fabrics) at the room’s entrance hide the adjoining work room. Both treatments block visual distraction while adding a touch of luxury.

I thank the Gods of Design that the fellas quickly talked me out of trying to save money by merely painting the acoustical-tile ceiling and counting on four poorly-placed fixtures for lighting.

Instead, at their suggestion, the ceiling was drywalled and dimmable LED pot lights were installed, using a number and placement devised by the Peloso Alexander team.

TIP: When a designer really pushes hard for a change, take it seriously. They know how important good bones and lighting are and chances are they’ll advocate hardest for the ones that have the most impact.

The room design started with the floor. I used vinyl tiles from Burlington-based Karndean Design Flooring, the praises of which I’d heard sung by experienced designers I know and respect. During a visit to the showroom, I was pleasantly surprised by the range of incredibly realistic designs, and learned that the material met my requirement for something comfortable and quiet underfoot, but which would not require kid glove treatment or maintenance.

My choice was Sindon, from Karndean’s DaVinci line, which has a sophisticated finish that makes me think of a grey-, black-and white- flecked linen.

A big ol’ sectional from Urban Barn easily fits four sitting guests, and is long enough for two people to stretch out on movie night. A matching ottoman can serve as a coffee table. Comfortable mid-century inspired occasional chairs in warm teal from Artemano add colour and extra seating.

A mid-century inspired occasional chair in teal warms cool grey tones, and is served by a wood-topped table with geometric base (both from Artemano).

A corner originally conceived as workspace holds an Acacia wood table with a sweeping grain in warm brown tones, which are matched by greige dining chairs (both from Artemano). As it turns out, the spot also comes in handy for a casual buffet surface on the nights when we want to eat dinner in front of the television, or serve snacks to guests.

A dramatic wooden sculpture from Artemano brings the outdoors in and contrasts nicely with blue linen-blend draperies.

Instead of an expensive chimney fix, I settled on a plug-in electric fireplace from Dimplex. It has a fire feature that efficiently warms the (approximately) 400 square foot space and that can be used without heat in the summer, when the basement is deliciously cool. It’s turned out to be exceptionally good value, given that I spent the entire month of February in front of that fire, reading, listening to music or watching Netflix. (No need to let that get around, either. What can I say – it was a long, dark winter already.)

Cozy and chic, the basement is now a magnet for family gatherings.

Photos: Dann Tardif (all except before picture)

Read more on the reno from Karndean Flooring. 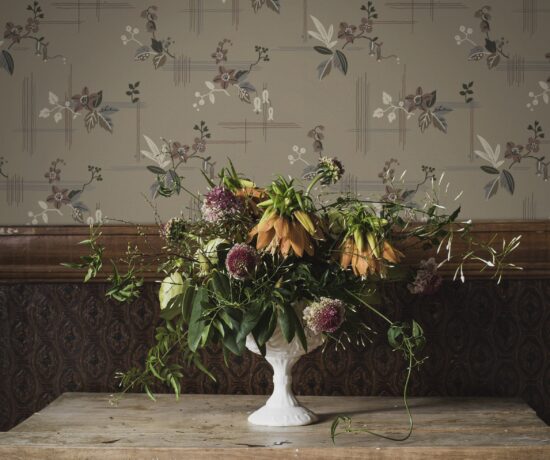 Wallpaper from way back breathes new life into design

I’m floored by all these choices 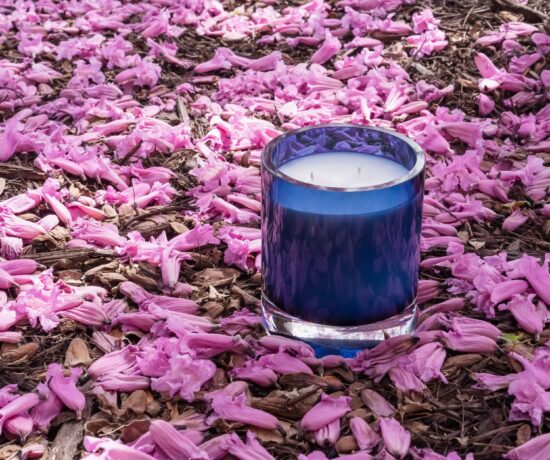