0 In Featured Articles/ Self Care/Health at Home 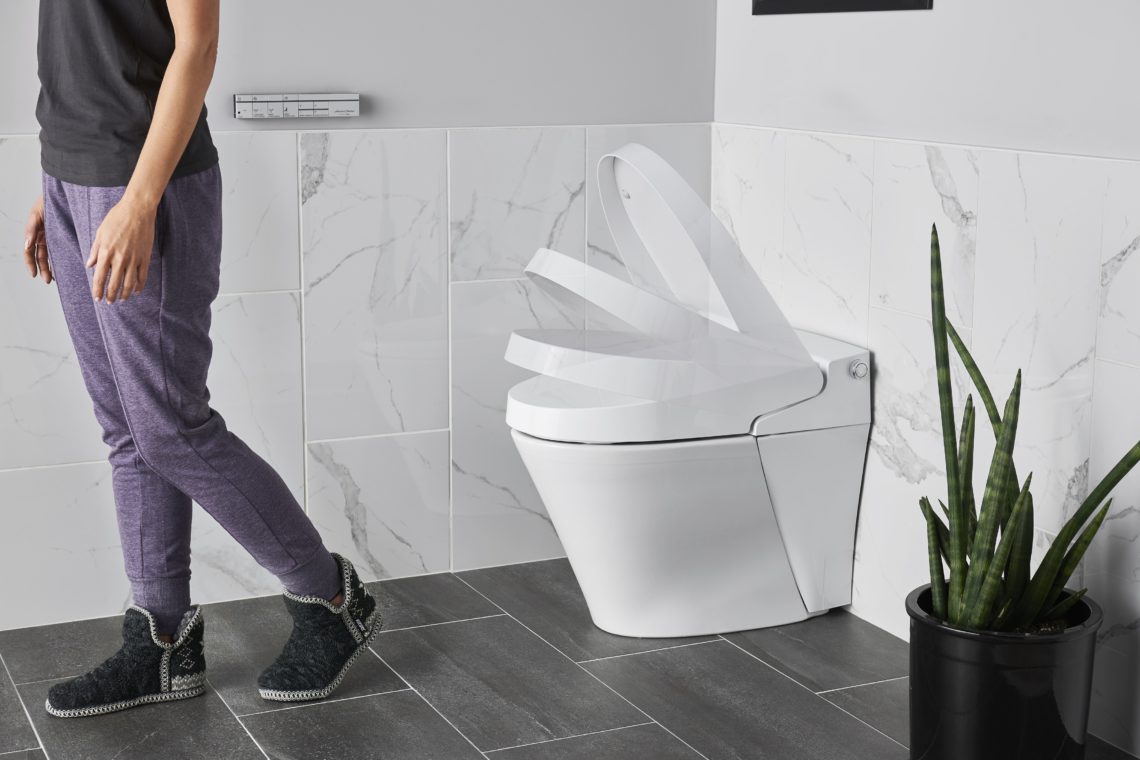 Who knew toilet paper was such a big deal? Well, me, for one, having done a research dive into the subject last year.

I learned that manufacturing one roll uses about 140 litres of water, and that the harmful bleaches and chemicals sometimes used to make it can be released back into the water table. I discovered that while annual consumption per capita in Canada is what sounds to me like a shocking nine kilograms, Americans use even more toilet paper—accounting for a fifth of global consumption, according to a 2019 study by Natural Resources Defense Council (NRDC).

Most of  the toilet paper Americans use, by the way, is made from trees from Canada’s Boreal forest, which is being cleared of more than a million acres annually, a practice the NRDC study says affects Indigenous communities, species like the boreal caribou, and climate health in general.

All that led me to the conclusion that we should all be thinking about ways to reduce the use of toilet paper, and it’s one of the reasons I partnered with American Standard, who introduced me to what I think is a genius idea for doing that. 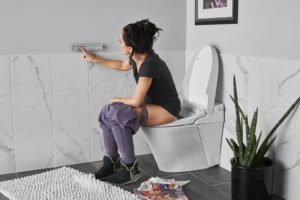 Bidet seats provide a water source for personal cleansing with less complicated plumbing and a smaller footprint than conventional bidets.

Along with several other brands, American Standard  makes toilet seats with bidet features, as well as stand-alone bidet toilets. These products can reduce by up to 75 per cent the use of toilet paper, and lessen the need for wet wipes, which also come with environmental costs.

According to a study by Ryerson University’s Urban Water department not only do a majority of wipes require multiple flushes to clear a drain, they disintegrate poorly, leading to clogged municipal pipes. Many wipes also contain polypropylene, which can end up in oceans as microplastic.

Even one of the grandfathers of eco-friendly design—Treehugger editor Lloyd Alter—gives bidet seats a thumbs up.

There are other pluses. Bidets can provide a better clean than paper alone, which can cause irritation and spread germs, and cleansing with water can help with hemorrhoids, urinary tract infections, irritable bowel disorder, and constipation. 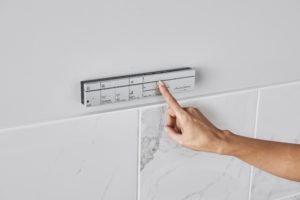 Temperature, strength, and direction of water is adjustable with a wall-mounted unit with easy to understand graphics.

The model I tested was American Standard’s 3.0 SpaLet bidet seat.  The Man of the House (MOTH) installed one on an existing elongated American Standard toilet, reporting that it was fairly routine DIY job. MOTH also patiently explained to me that the bidet function is fed from a retractable nozzle using water that comes off a branch of the main water supply to the toilet, and not from the toilet bowl itself!

After using it for several months, I don’t think I’d ever design a bathroom without a bidet seat. At around $1,990, it’s definitely an investment, but if cost was an issue (when isn’t it, frankly?) I’d scale back on fixtures, faucets and surfaces to fit one in the budget.

Note: American Standard compensated me last year for creating content on this topic, and provided me with a bidet seat. This piece is not part of that partnership: I’m writing it because I think this is a really good time to think about waste, our dependence on consumables, and how we live. Stay safe, everyone. 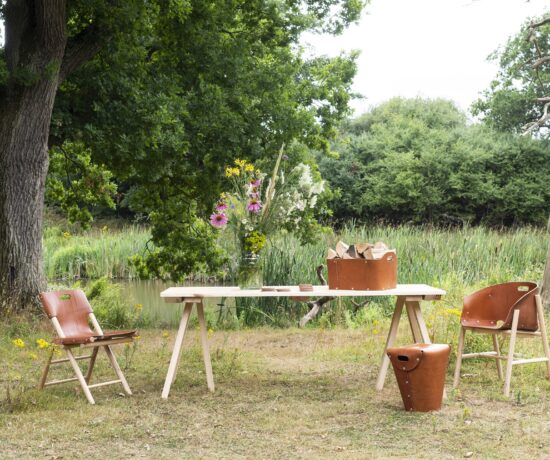 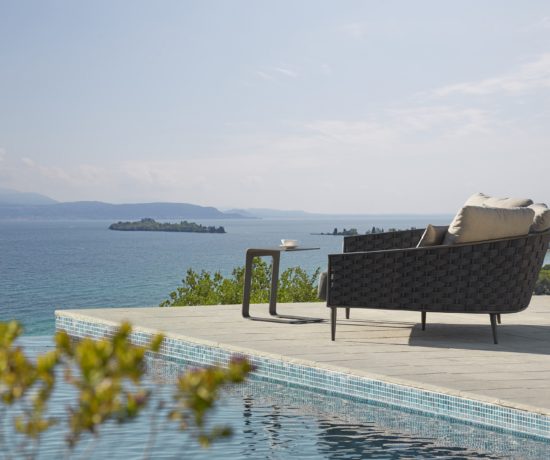