0 In Featured Articles/ How It Works 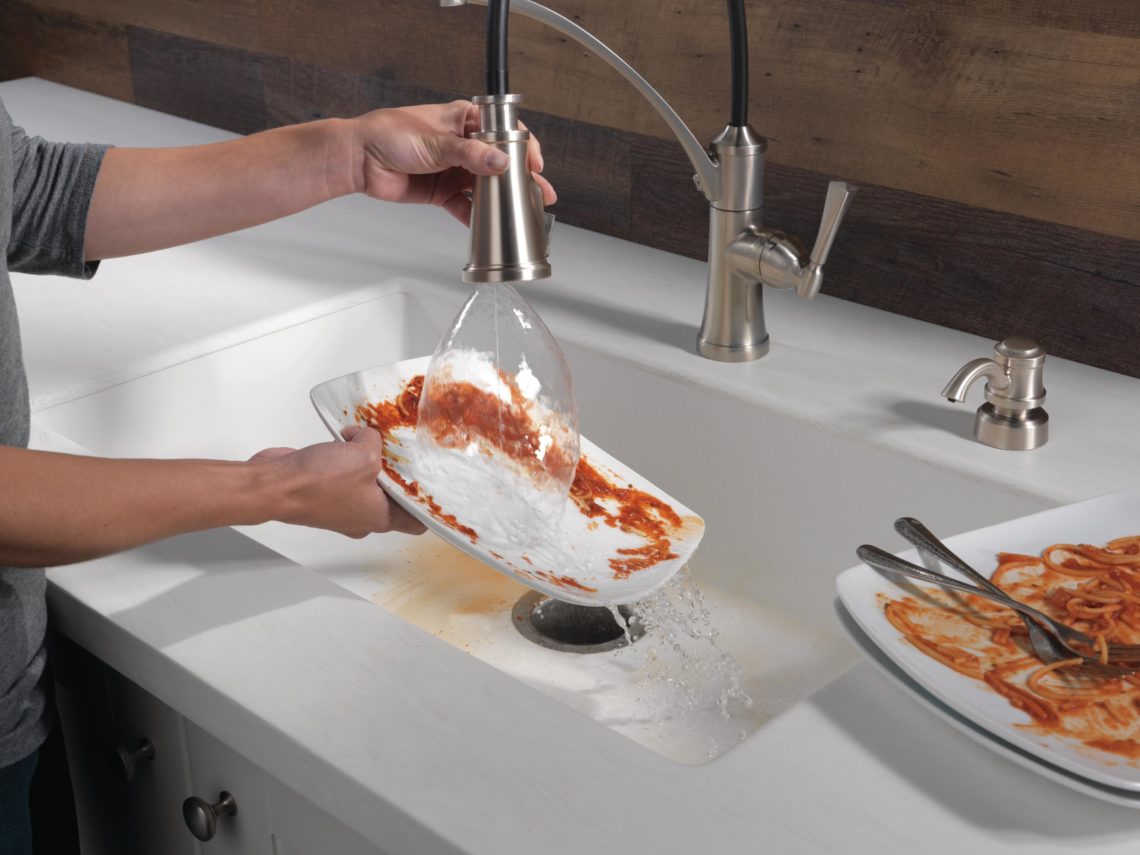 Trends are trotted out and trumpeted as regularly as the seasons change, making them easy to identify. What’s harder to see is longer-term, slower-moving shifts in the way we live at home.

The sprawling Kitchen and Bath Show held annually in January (this year in Orlando) can offer perspective on that, because the product reach across brands is enormous and weight is carefully given to both how these two integral rooms look and perform. 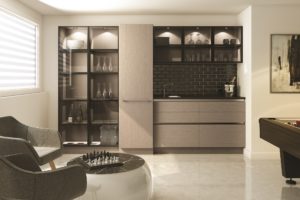 The prevalence of black at  KBIS was unmistakable  — it was seen on cabinets, furniture, flooring, hardware, lighting fixtures, window frames, fabric trim, and faucets.

My big takeaway was deciding I prefer black as punctuation rather than seeing it across large surfaces like tables and cabinets. 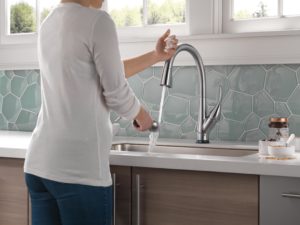 This ribbon-like black faucet can also gently echo dark veins in natural or man-made stones. Or, I might add, in the extraordinarily realistic stone pattern laminates Formica and WilsonArt  showed at KBIS. 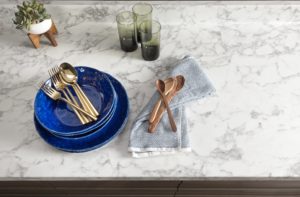 Wilsonart laminate – can you tell the difference?

Making kitchens smarter and more functional is a perennial theme; this year, voice and smart-home tech is so huge that it deserves (and will get) its own post. I’ve just begun to dip my toes, and I will say so far that I adore having Siri in the kitchen — she’s so good at pesky little chores like translating pounds into kilograms.

The focus on the business end of the kitchen was reflected in several new faucet designs. That’s no surprise to me. I’ve long depended on the touch technology that’s available on the Esque and would never ever ever install anything else in a kitchen. What I haven’t tried is Delta’s  temperature sensor feature, in which an LED light at the base of the faucet indicates when water reaches a desired temperature.

I gave a thumb’s up to Delta’s new ShieldSpray feature, which sends water cascading in a circular direction rather than in the conventional stream. Why? Because it reduces the water splatter that makes sink areas messy and germy (see main pic). I also like it for washing hands, as I think it’s easier to quickly wet, scrub and rinse the entire surface of your hands under an orb of water. Check it out here. 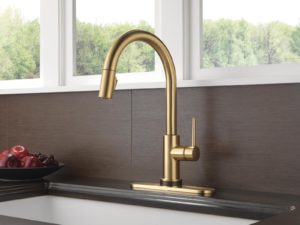 Delta’s champagne bronze finish also caught my eye —  a soft yet sunny hue that seems to straddle silver and gold. That makes it exceptionally easy to match with metals of every hue. And yes, of course you can mix metals in either the kitchen or bath. In fact, it’s not only acceptable, it’s downright cool. It must be — I saw it at KBIS.

Masco Canada (which owns Delta Faucets, among other brands) sponsored the media tour related to this post, and my trip to KBIS.  They neither reviewed or approved this content. Opinions are mine, and I really would never ever ever have anything other than a touch-activated faucet.

My dental health? In the pink, thx. 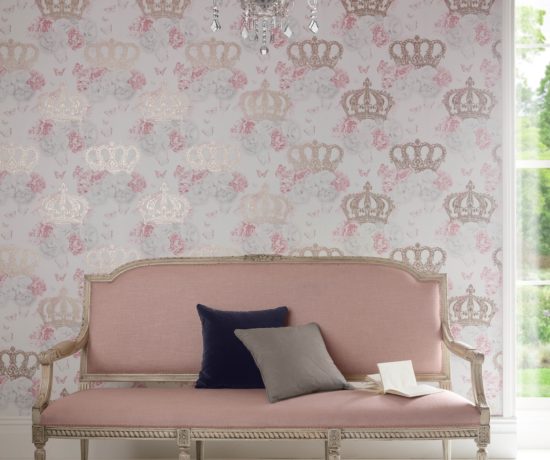